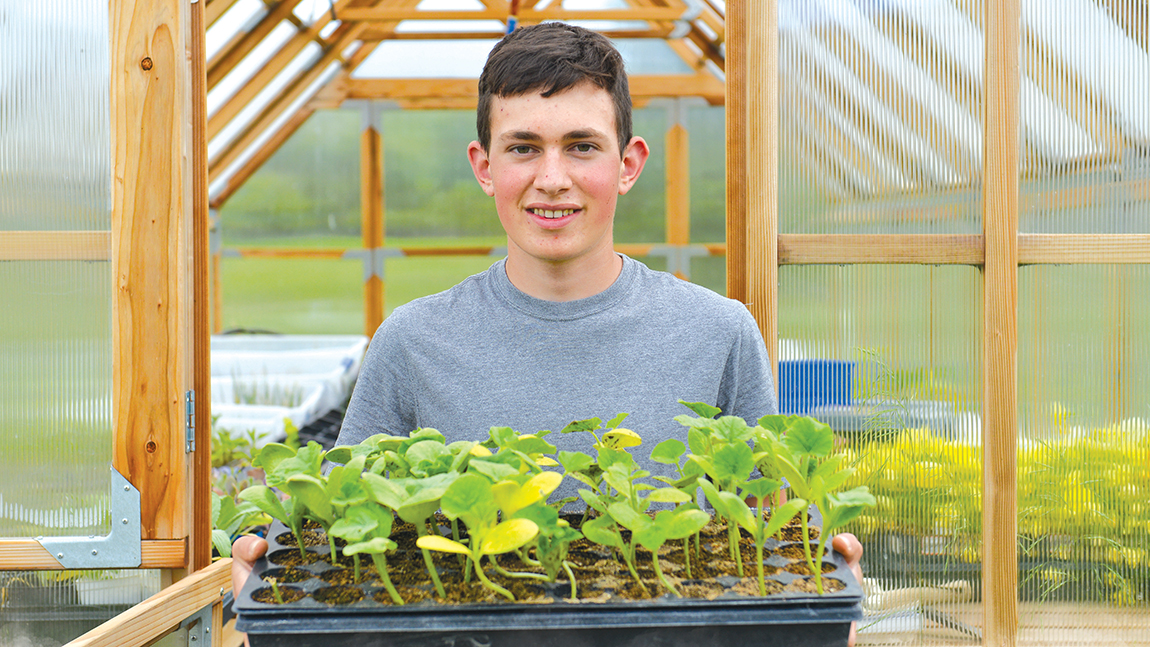 By Ryan Patterson
The Sheridan Press

Small businesses often constitute the lifeblood of a local community. Sheridan is no exception.

With that in mind, employees at a few area shops discussed the different options and what selling — and buying — local can mean to a town.

Good Health Market co-owner Keith Klement said about 5 percent of the store’s items come from Sheridan County, and a little less than 10 percent of the offerings are produced in Wyoming and southern Montana.

The store has honey from Ranchester. Himalayan sea salt made by a woman in Sheridan is also available, as is lip balm produced in Story. Good Health Market also sells barbecue sauce from Sackett’s Market.

The busiest time for local sales is summer, when people have more fresh grains, produce and eggs for Klement to buy. People often bring in fresh produce to the store — something that helps keep shipping costs down — and if Klement agrees to buy the food, he and the producer decide on a regular amount going forward, such as six heads of lettuce per week. The store then adjusts its cooler space to accommodate the various produce. Good Health Market usually accepts fresh produce but sometimes turns locals down, especially if a surplus supply exists.

The woman behind Golden Rule Grocers, Melissa Smith, says all of the store’s beef and coffee are purchased from Wyoming. There are a few options from Sheridan County as well, like butter, honey and almonds.

Smith has a thorough vetting process for people who wanted to sell produce — she said short-season crops like peas, zucchinis and tomatoes grow well in Sheridan — in the warmer months, which usually lasts from about June to October. To meet Smith’s standards, the food can not contain any genetically modified organisms. She keeps strict requirements and sometimes turns down offers.

“I do question them quite intensively, just to make sure they meet our standards,” Smith said.

High Mountain Mercantile employee Brenda Reynolds works at a store that sells several items made in the state, including earrings, magnets and mugs.

Reynolds said people often walk into the store and ask to sell their goods. Ideally, a person brings the item or at least has a picture of it. That allows store owners to examine the products for themselves in-person and decide to purchase them or not.

“It’s easier for the owners if they can see what the product is; how large it is, how heavy it is,” Reynolds said.

Klement has lived in Sheridan for nine years and knows most of the local artisans to some extent. He said he feels some sense of responsibility to buy from Sheridan County vendors.

“By carrying the local products, it supports the community as a whole, and it supports family businesses,” Klement said. “It supports small businesses, which we are as well, so it goes hand in hand and kind of works out.”

Smith concurred and said she always looks for local choices first, despite the slightly higher prices. She believes selling goods produced locally can help form a sense of community and create stronger bonds when people come in contact with kindred spirits.

“When you see and know the local farmer or grower or producer, it [results in] a sense of family or just connection,” Smith said. “… It make things have more meaning and more value.”

“If there’s something that they make that would work for our store, then yes, I think that there’s a desire to partner with them if that’s a possibility,” Reynolds said.

The one downside is having a relationship with a fellow resident turn sour for whatever reason, whether the store doesn’t have something in stock a customer wants or declines to buy produce from someone.

Klement said he doesn’t view that aspect of his job as too different from any other part of life, personally or professionally.

“I think that’s in anything you do,” Klement said. “… Try and keep those relationships (strong).”

Overall, though, the employees said buying and selling locally helps stores become more connected to the community and customers.

Offering items produced locally involves some challenges for small businesses, but the trade-off that results in area goodwill seems to be worth it.

About The Sheridan Press

The Sheridan Press has served Sheridan County, Wyoming, since 1887. The award-winning independent newspaper offers print and online news delivery platforms to the thriving community, which boasts a college; a lively arts, culture, and music scene; a bustling downtown; and many other amenities, including unlimited outdoor recreational opportunities. To subscribe to The Sheridan Press, click here.