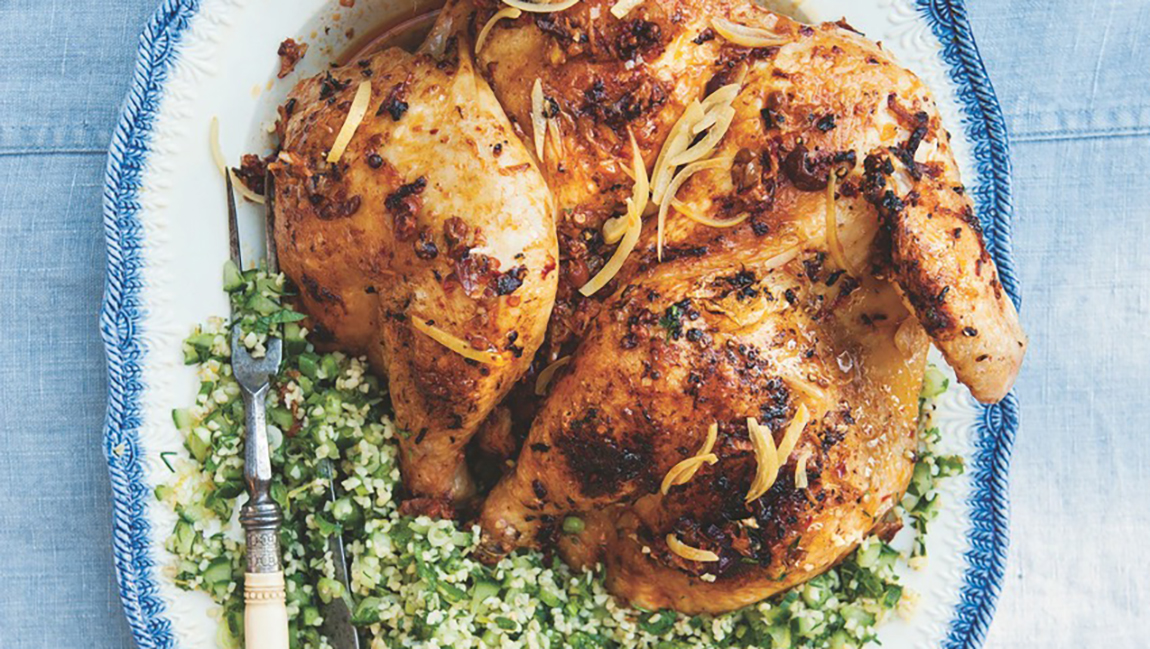 By Caitlin Addlesperger
The Sheridan Press

Earlier this month, I had the pleasure of interviewing Clodagh McKenna, an Irish chef who is growing her food empire across the world. And we need only look down Grinnell Plaza to find the next audience eager to be conquered: a sold-out cooking class at Verdello.

McKenna’s dedication to the craft is clear: She agreed to teach the class while on vacation. The chef is visiting Canyon Ranch with her partner, Harry Herbert, the cousin of Big Horn’s Paul Wallop (and the son of an English earl who grew up in Highclere Castle, the real “Downton Abbey” estate).

But beyond her passion for food and hospitality, the class reveals McKenna’s kindness. She is offering her talents free of charge, allowing Verdello to donate 100% of the proceeds to The Food Group.

While her class is sold out, you can taste the chef’s fresh flavorful cuisine with her provided recipe for Lemon, Harissa and Olive Spatchcock Chicken with Bulgar Wheat, Cucumber and Dill Salad. Your summer table will thank you.

And don’t worry, I’ve already Googled “spatchcock” for you. Alan Davidson explains in The Oxford Companion to Food: “The theory is that the word is an abbreviation of ‘dispatch the cock,’ a phrase used to indicate a summary way of grilling a bird after splitting it open down the back and spreading the two halves out flat.”

Pro tip: Watch McKenna cook another spatchcock chicken recipe on “Rachael Ray” in September 2016 (video here). Not just for the chef’s Irish accent — though that is definitely an ingredient of her charm.

Get the recipe at TheSheridanPress.com!