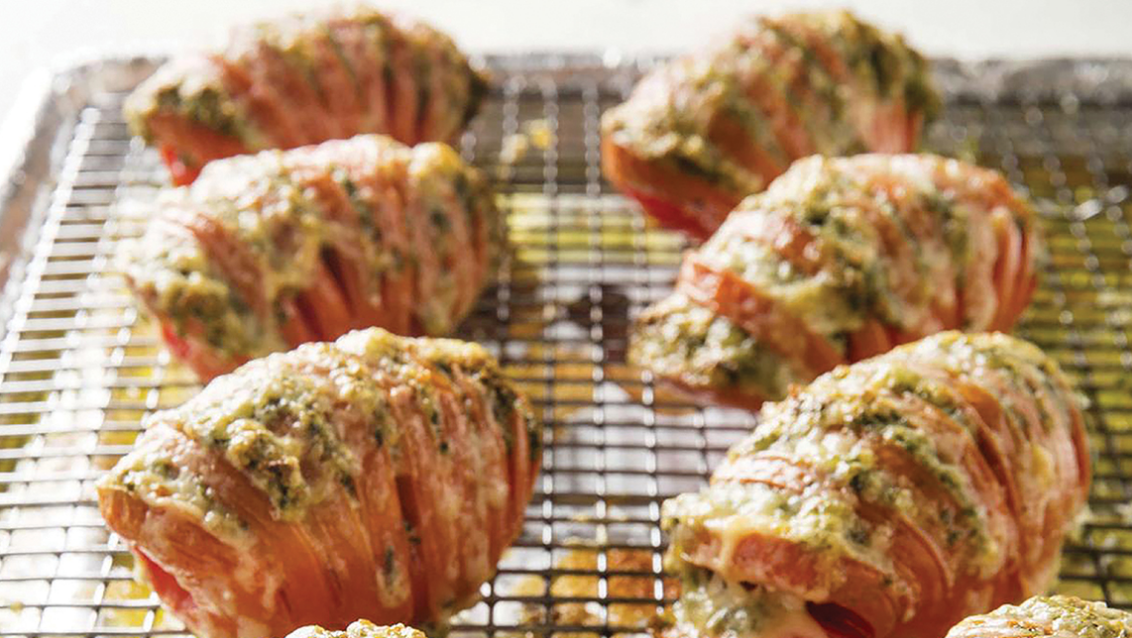 Named for the hotel where it was invented in Sweden, Hasselbacking is a technique where a vegetable (traditionally potatoes) is partially sliced, accordion style, brushed with butter, sprinkled with bread crumbs, and baked.

This approach is also great for tomatoes; think of them as leveled-up stuffed tomatoes featuring tons of crispy edges and great browning. We started with meaty, well-shaped plum tomatoes.

We cored them, then cut into them and spread a potent, flavorful homemade basil pesto mixed with some crunchy panko bread crumbs over the interiors.

We then topped the tomatoes with shredded Gruyère cheese for added punch and placed the stuffed tomatoes under the broiler for just 5 minutes to melt the cheese and slightly soften the tomatoes without turning them to mush.

For the best results, we recommend buying ripe tomatoes of similar weight and size. We developed this recipe with tomatoes that averaged 3 ounces in weight and 2 1/2 inches in length.

Get the recipe at TheSheridanPress.com!