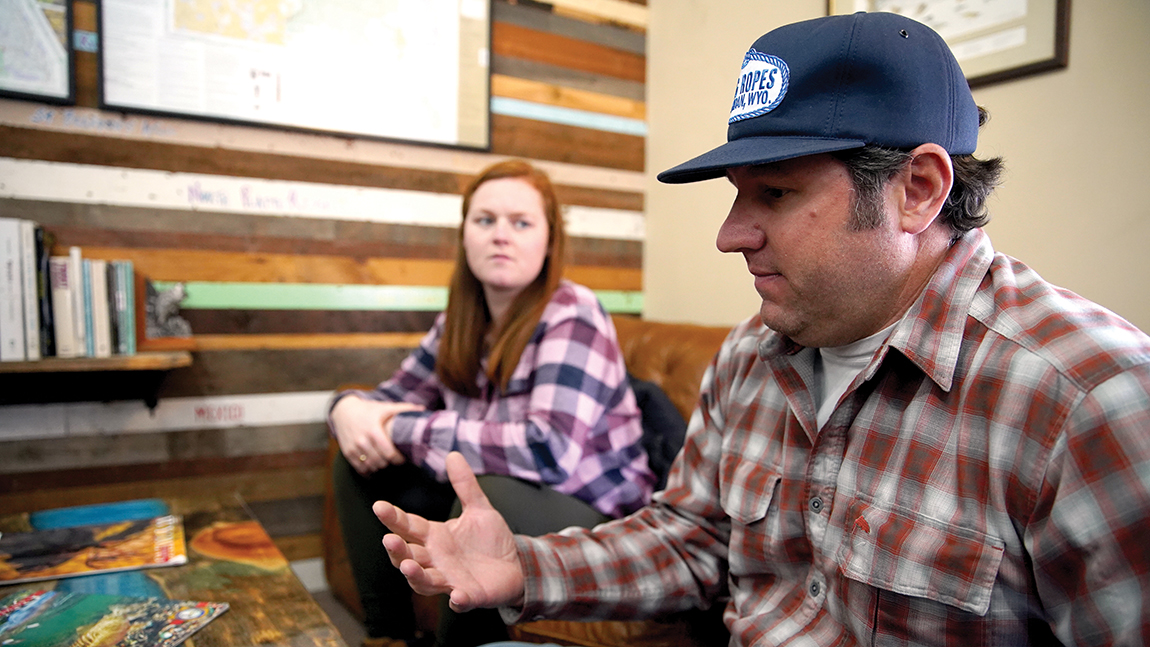 By Ashleigh Snoozy
The Sheridan Press

SHERIDAN — Fly-fishing isn’t just an “old white guy’s sport” anymore, and new co-owners of the Fly Shop of the Bighorns, Angling Destinations and Trout Unlimited are hosting an event to prove that reality to Sheridanites.

Sheridan already creates an inclusive atmosphere for anyone interested in fly-fishing — from children with differing socioeconomic statuses participating in Joey’s Fly Fishing Foundation to women taking to the rivers with Rods, Reels and Heels. Bringing the Fly Fishing Film Tour to Sheridan for the fifth year adds to the inclusivity and diversity for those wishing to learn about the deeper stories associated with fly-fishing.

“The content is usually — sometimes it can be political — there’s usually a story there, it’s not just, ‘Hey, fishing, look at this big fish,’ or, ‘Look at this group of people that paid hundreds of thousands of dollars to go fishing,’” said Clark Smyth, co-owner of the Fly Shop. “There’s a lot more to it; they’re more substantive than that.”

Every year, the tour includes eight short films, each about 15 minutes long and tour organizers send out something to tour members about what each of the films are about, said Liza Scott, a guide with Rock Creek Anglers. While she said the company works to keep upcoming tour film content a secret, in years past they pick unique stories. Recently, filmmakers and those choosing the films for the tour promote inclusivity by including fly-fishing stories about women and children.

“They’ve a bigger push to have inclusivity of kids and women and having more of those films featuring those types of people when you don’t totally think of when you think of fly-fishing, which has been awesome to see,” Scott said.