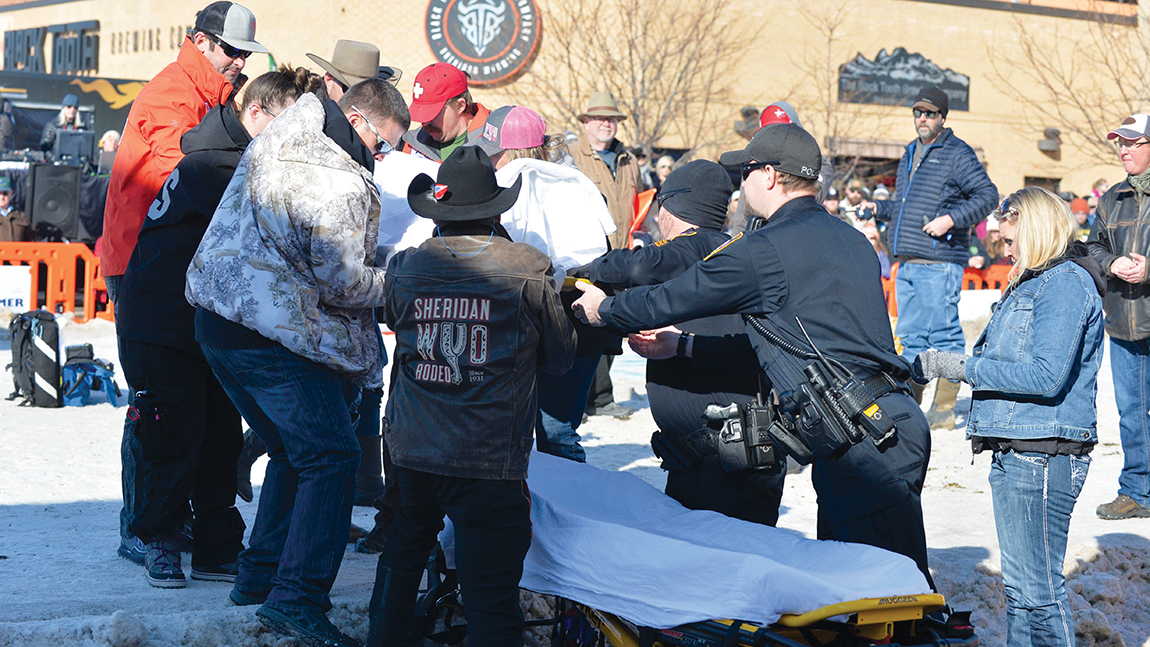 By Allayana Darrow
The Sheridan Press

Koltiska said he feels the weekend went well with no apparent safety issues. The event organizers made a sound decision shutting the event down early Sunday for the safety of racers and horses, he said.

Koltiska was the first responder to a crash early in the day Saturday during skijoring, which resulted in transporting a youth racer off the course via ambulance. Koltiska said there were some delays in the EMS response to the injured child. However, after himself, the first three people on scene were EMTs.

Read the rest of the story!