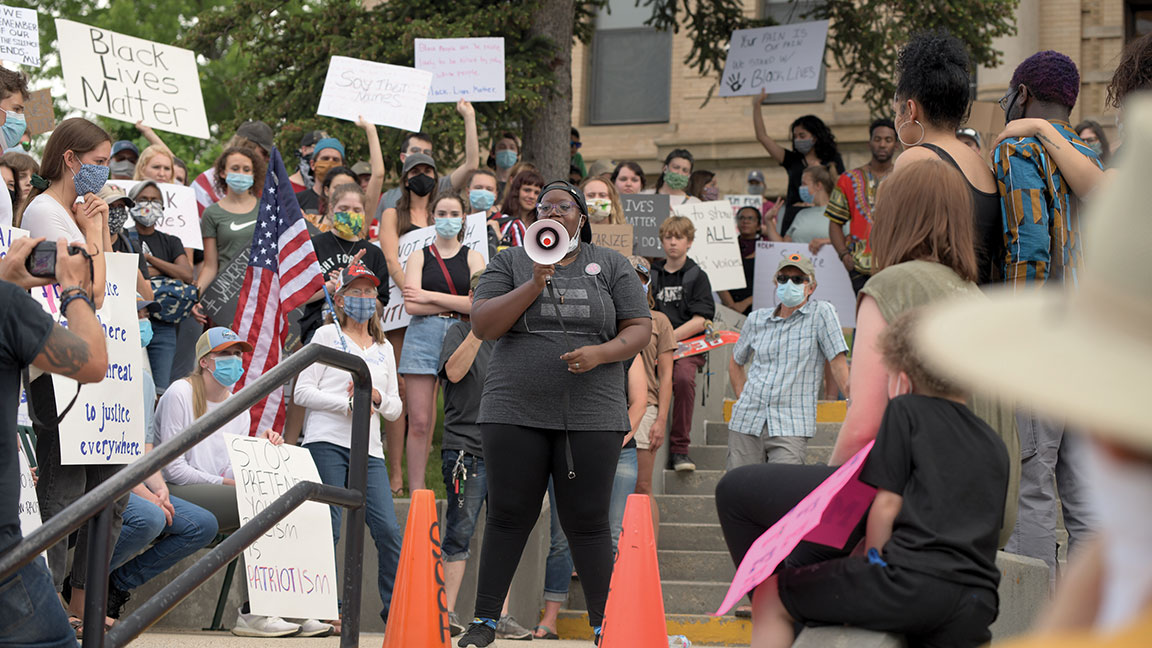 A man with work-tanned skin, cowboy hat and Carhartt pants leaned against the concrete wall at the Sheridan County Courthouse. He stood out among the large group surrounding him, holding a simple cardboard sign with a quotation from the Bible on one side.

“There’s so much in the Old and New Testament about justice and truth and honesty and treating the poor people right and giving the wage earner what he deserves,” Parr said.

When asked why he made the trip to join Sheridan’s demonstration, his response was simple: For justice.

At more than 80 years old, Parr recognized some concerns about people tightly packed together in the current public health environment.

Several world health leaders have raised the possibility that recent public protests may worsen the spread of COVID-19.

The 500-600 people who joined Friday’s protest may not have all followed physical distancing or face covering protocols but for some attendees, the surprising turnout represented another step toward justice.

Prior to departing the library, co-organizer Jamie Schlegel said she only expected about 15 people to turn out for the march. As interest grew, so did the need for clear communication and definitive messaging against any sort of violence.

Read the article, and explore photos from the event here.