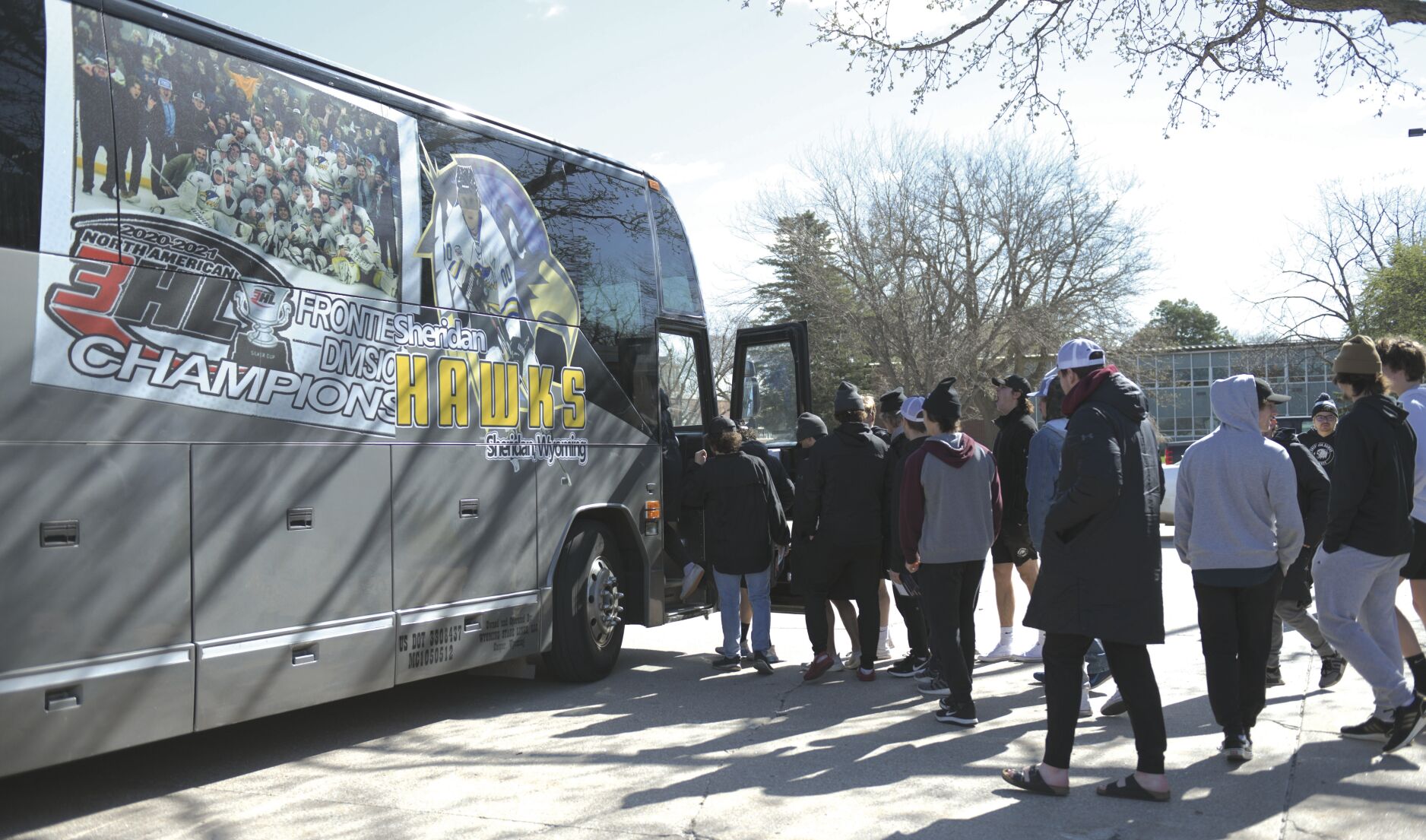 ST. LOUIS — The morning started about 30 minutes behind schedule, as the North American 3 Hockey League Sheridan Hawks’ charter bus arrived at the M&M’s Center closer to 8:30 a.m. than its scheduled 8 a.m. time Monday.

Assistant coach Chad Bailey showed up to the rink at 6:30 a.m. to pack supplies from the coaches office and write a packing list for the players. Led by Luke Fundator, the Hawks arrived shortly after to pick up their sharpened skates, pack equipment bags and prepare to load the bus.

The flurry of activity around the Whitney Rink in the M&M’s Center slowed by 8 a.m. as players ate McDonald’s breakfast, sipped on Starbucks coffee and opened four trays of cookies and brownies a billet mom sent with forward Nick Wieben.