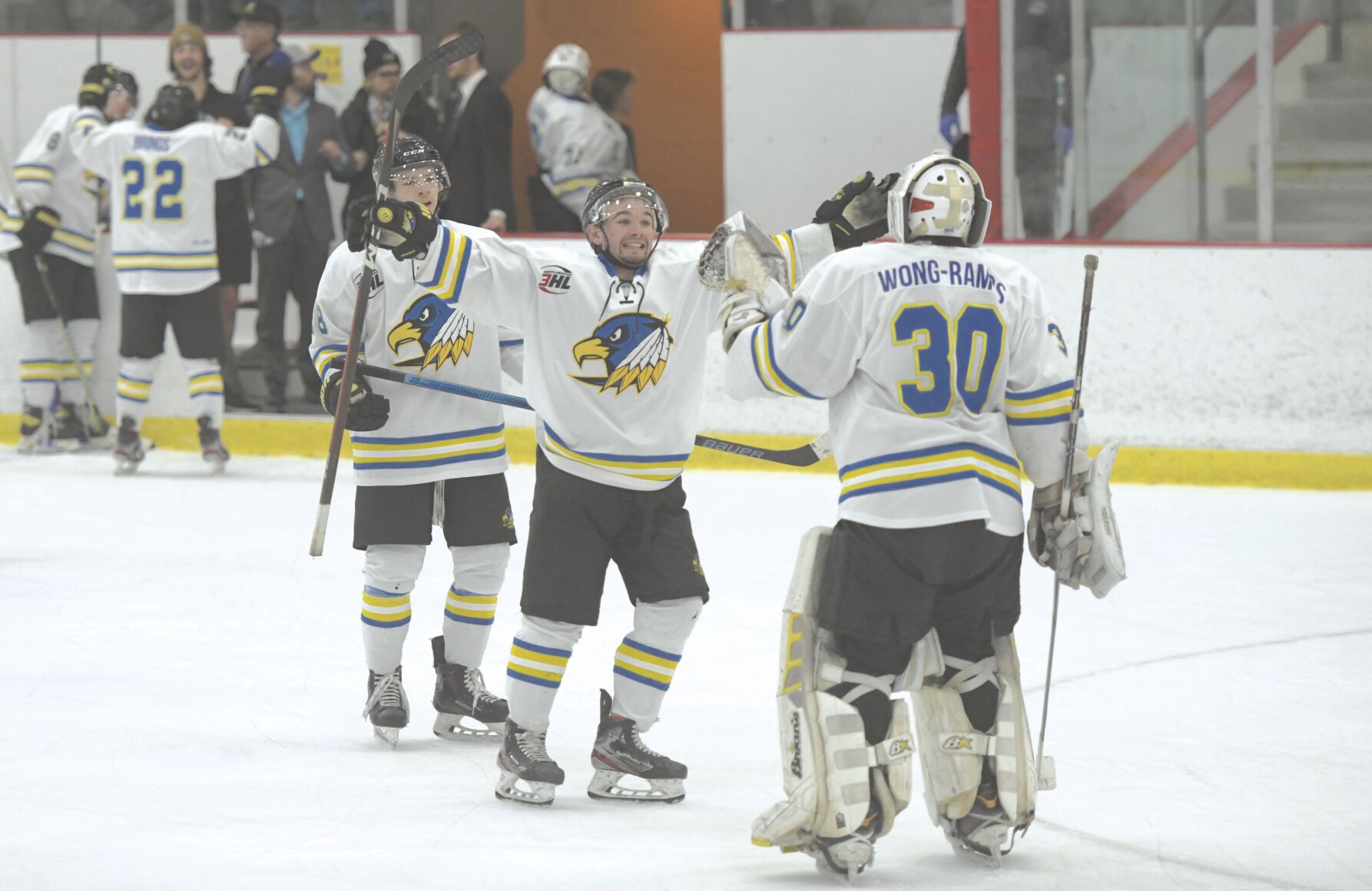 ST. LOUIS — Only 1 minute, 6 seconds had passed when the puck ricocheted off Sheridan Hawks forward Jack Harris’ leg into the left side of the net past goaltender Cristian Wong-Ramos. The North American 3 Hockey League Northeast Generals took an early 1-0 lead off an odd bounce in the first game of the Fraser Cup national tournament Thursday afternoon at the St. Peters Rec-Plex just outside of St. Louis, Missouri.

For just more than a minute, it didn’t look like the Hawks would go on to score 13 goals, set an NA3HL record for the most goals scored in a Fraser Cup game nor set a record for the margin of victory in a national tournament game by beating the Generals 13-2.

“It’s surreal,” head coach Andy Scheib said. “We came in here and didn’t know what to expect. … To go out there and give one goal up early, then respond the way that we did. It says a lot about what we’ve been doing all year long.”