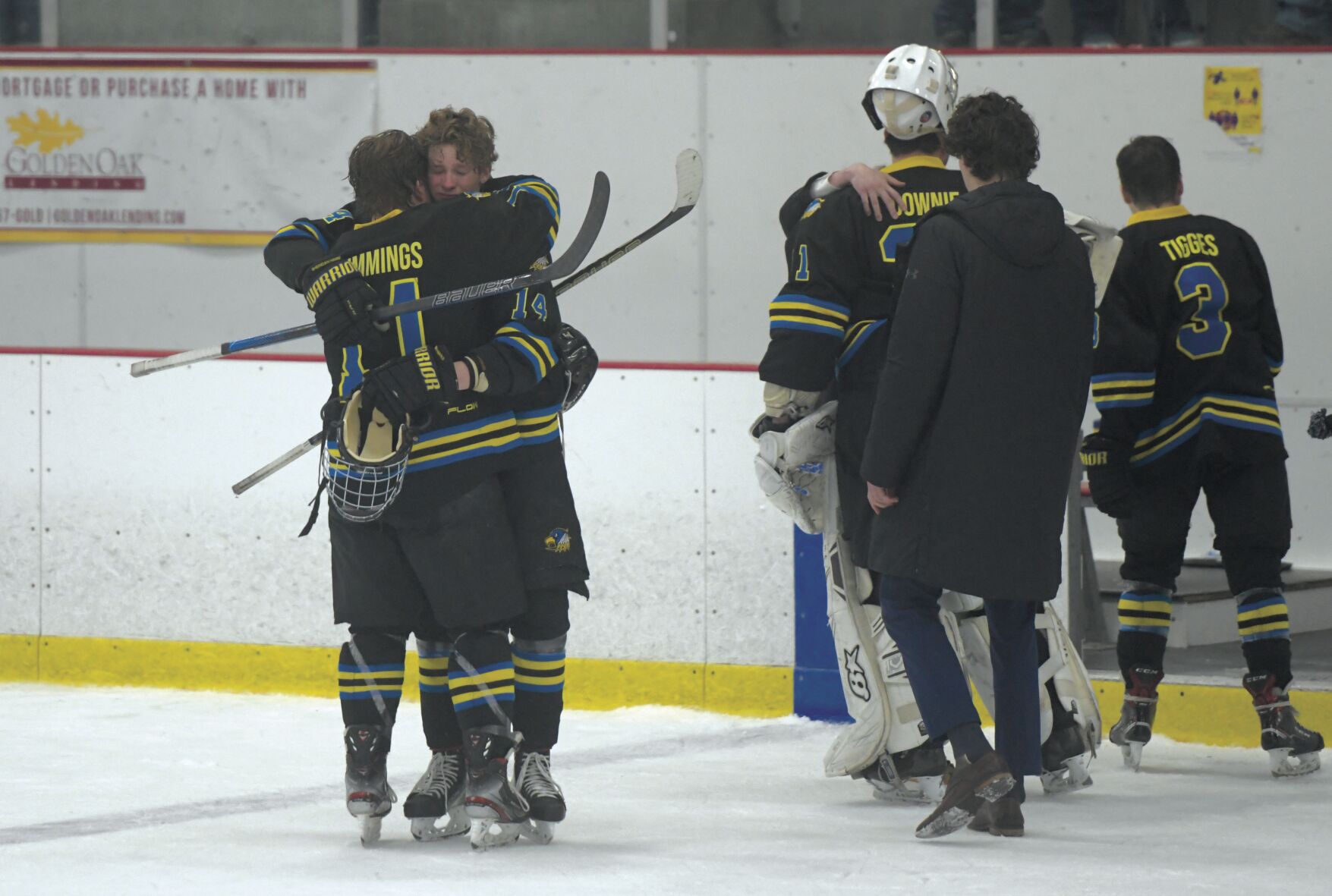 SHERIDAN — Teary North American 3 Hockey League Sheridan Hawks embraced under the scoreboard at the St. Peters Rec-Plex that showed a 7-1 loss to the Rochester Grizzlies in the Fraser Cup national tournament semifinals Sunday. Eighteen skaters had just played their final junior hockey game and all 27 Hawks ended their historic season short of achieving their ultimate goal of a league championship.

“I’m disappointed we couldn’t bring it all the way home after everything we’ve been through,” forward Jacob Cummings said.

But 200 feet opposite the Hawks hung the NA3HL division champion banners with Sheridan’s Frontier Division championship banner front and center between the East and South division champions. When defenseman Brice French led a group prayer before players trickled off the ice, he reminded the team of its accomplishments.