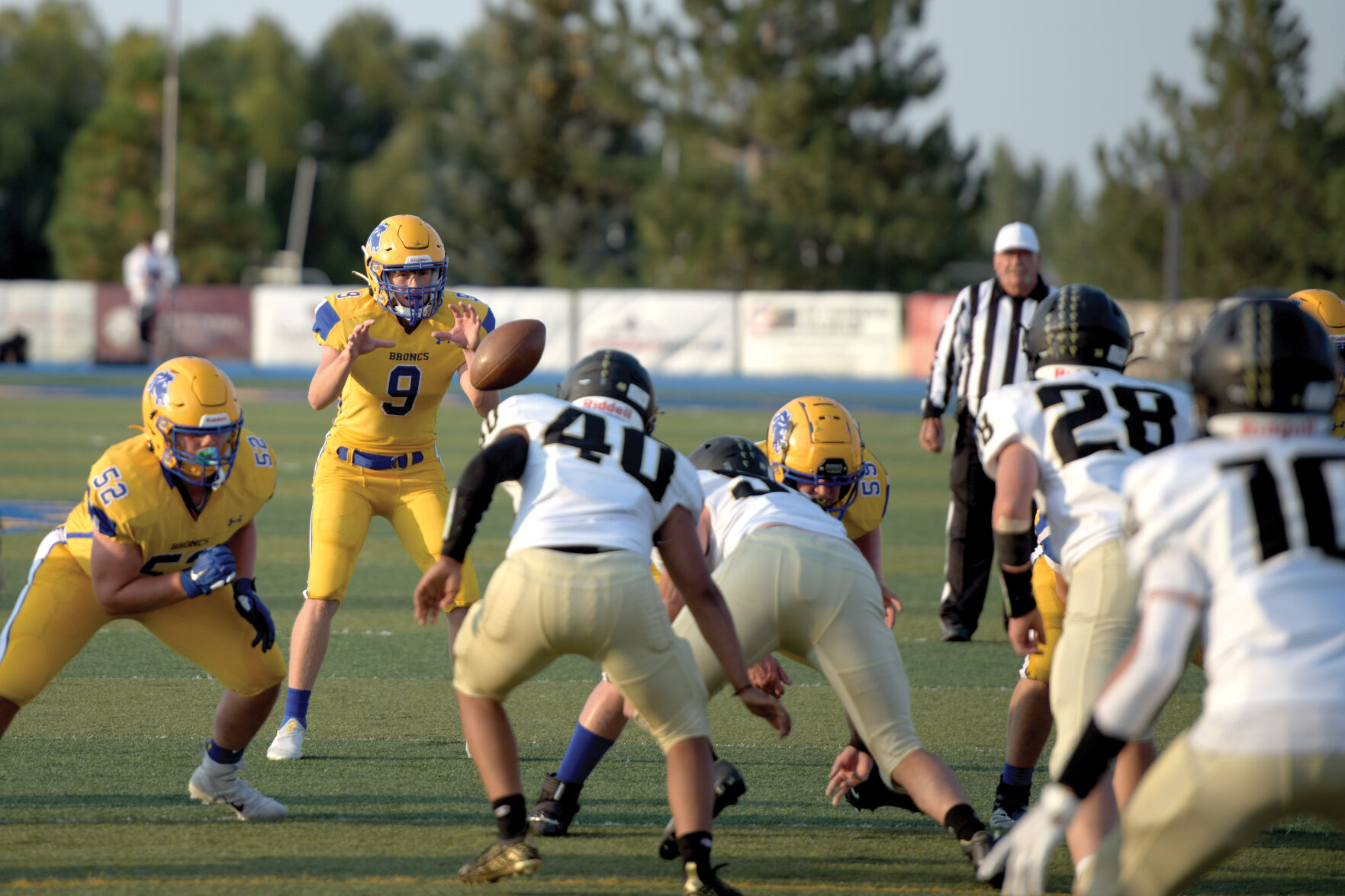 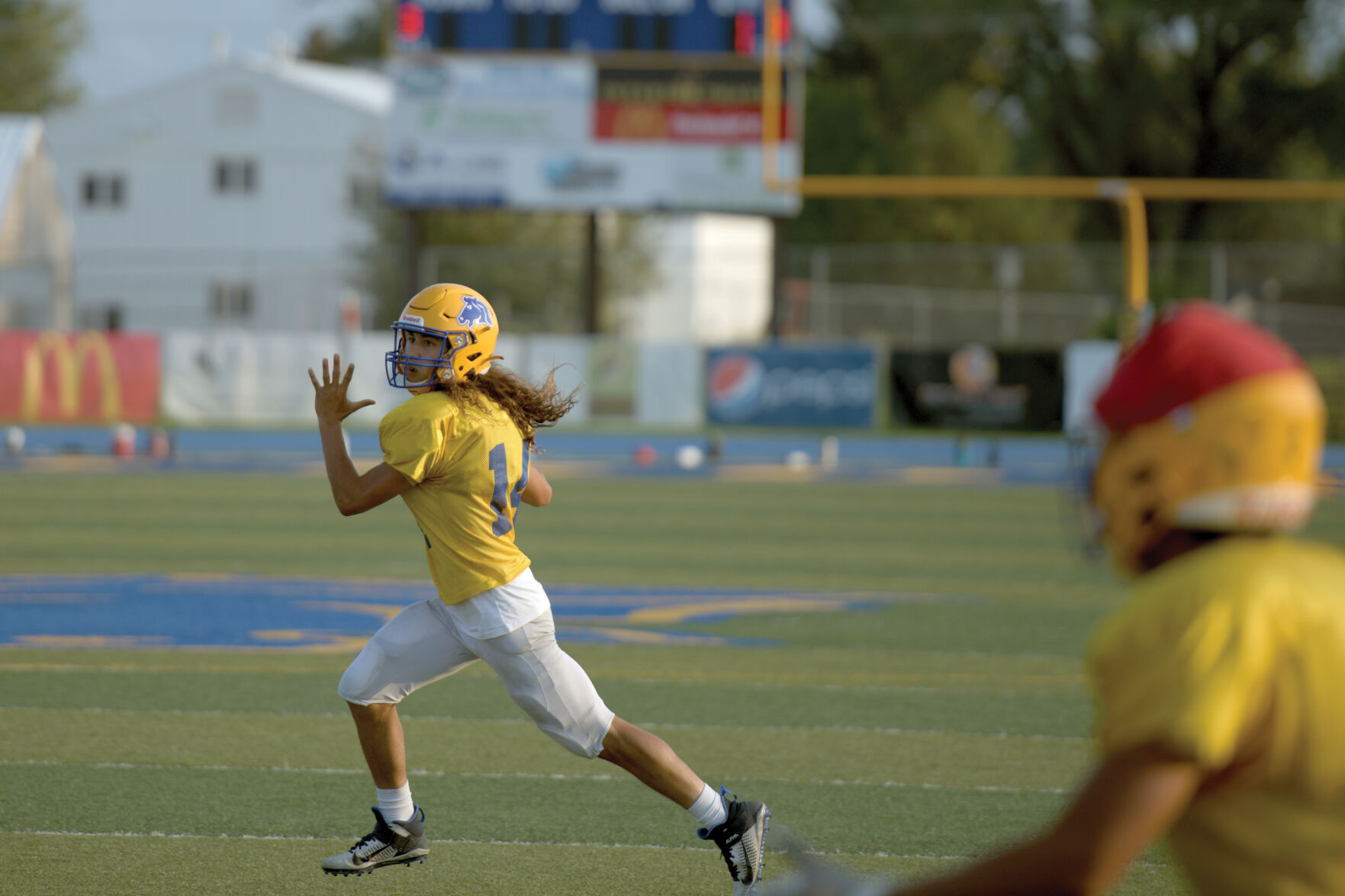 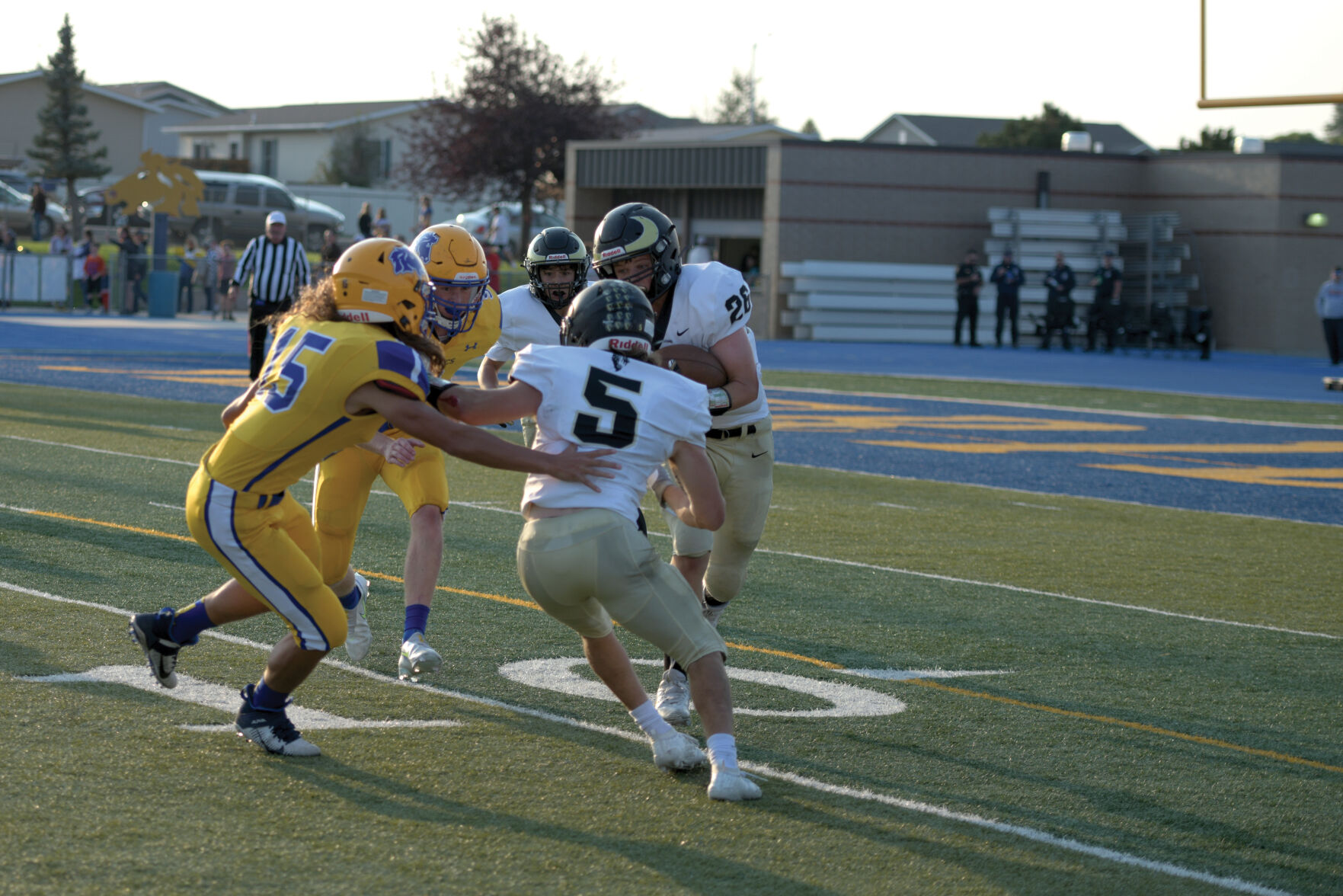 “What do you think about our quarterbacks?” the Sheridan Broncs head coach asked. “Do you see different strengths and weaknesses?”

The response from two coaches: “I haven’t even noticed when one is in instead of the other.”

That was all Mowry needed to hear.

This Friday, for the third straight week, seniors Carl Askins and Rich Hall will rotate under center. Askins will play two series, and then Hall will relieve him for two series — like clockwork, just as the first two games have gone.

But a two-quarterback system was not the initial plan. Mowry had never utilized a rotation like that and told Askins and Hall he fully intended to settle on one starter for the season. With their performances through the summer and the season’s first two weeks, they just haven’t given him that opportunity.

“If things are going well, then why would I change it?” Mowry said. “Why would my own personal opinions dictate what the team is doing? And the two of them, they’re high-character guys. They treat each other really well and are good kids. They’ve handled it really well.”

They’ve alternated their entire high school careers. As freshmen, each played a half. As junior-varsity sophomores and juniors, they traded off each quarter with one other teammate. They continued to switch during 2021 preseason practice, so they’re used to it.

“This is just another flavor of it,” Hall said.

Askins and Hall showed Mowry the potential of the two-quarterback system with 50 dynamic seconds in week one.

With less than a minute left in the first half against Laramie, Askins flicked a touchdown pass to Dane Steel. After an interception, Hall entered. With one second left on the clock, he rolled right and fired a pass to Matthew Ketner for a 21-yard catch-and-run score.

“At least in my mind, any time he does something like that, I’m like, ‘All right, now it’s my turn. I’ve got to go follow it up,’” Hall said. “Not necessarily trying to one-up each other but trying to keep pace.”

“It’s been like a little rivalry, but we’re good friends, so it’s fine,” Askins said before laughing.

Normally, in quarterback rotations, the players possess different styles and skills. One is typically a runner who creates defensive problems with his legs while one is more of a natural thrower.

Askins and Hall don’t have these differences, though. Mowry sees many similarities.