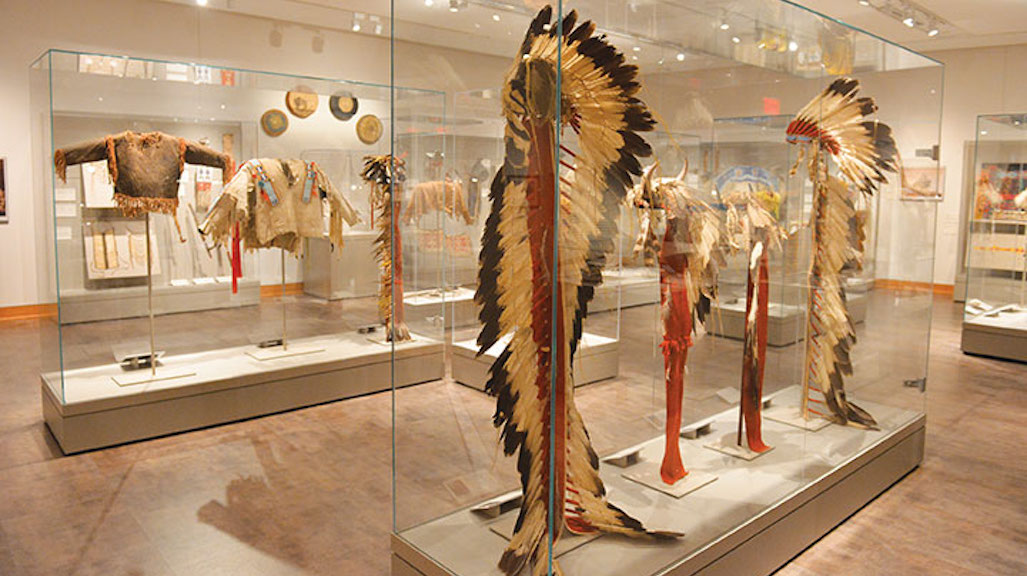 One Day in History

Embrace the history and culture of Sheridan County.

Prepare for a day of historic immersion with breakfast at PO News & Flagstaff Cafe, a local haunt with over 100 years of history, or grab something to go from the much-loved Java Moon. Less than an hour from downtown, near Crow Agency, Montana, is the Little Bighorn Battlefield National Monument. The site memorializes the US Army’s 7th Cavalry and the Lakotas and Cheyennes in one of the Indian’s last armed efforts to preserve their way of life.

Back in Sheridan County, tour other important Indian Wars battle sites, including Fort Phil Kearney, the Wagon Box Fight, and the Connor Battlefield. The Connor Battlefield, otherwise known as the site of the Battle of the Tongue River, is located at the City Park in the Town of Ranchester.

Your next stop is The Brinton Museum, located on the 620-acre Quarter Circle A Ranch in the town of Big Horn. The museum offers an authentic view into the life of Bradford Brinton, a Western gentleman and art collector who was a patron of many of the most celebrated 19th and 20th- century Western artists.

The Brinton Ranch House, originally built in 1892, was expanded in 1927-28 to accommodate the Brinton’s extensive collections of Indian artifacts, art, historic documents, books and over 600 oils, watercolors and sketches by American artists including Audubon, Borein, Gollings, Kleiber, Remington and Russell. Lunch at the Brinton Bistro comes with sublime mountain views and an opportunity to wax poetic about the museum’s immense collection of artifacts. (Pro tip: Book your table before you go!)

Passing back through Big Horn, take some time to visit the community’s main street, home to a number of historic properties, including the beautiful Big Horn Mercantile.

Stop at the Bozeman Trail Museum. Built in 1879 by the Rock Creek Stage Line, the blacksmith shop, now home to the museum, originally satisfied the needs of travelers on the nearby Bozeman Trail.

The Trail End State Historic Site is a 14,000 sq.-ft. historic Flemish-revival style mansion built and inhabited by former Wyoming Governor and U.S. Senator John B. Kendrick. Kendrick was a successful cattleman when he commissioned the house, and he was only beginning his political career; when he became governor in 1914 and a senator three years later, Trail End became his summer home. The house was added to the National Register of Historic Places on February 26, 1970. Set aside an hour for a thorough tour of the property and adjacent Kendrick Park.

The Historic Sheridan Inn, constructed in 1892, was one of the first hotels in Sheridan. Conceptualized and developed by William F. “Buffalo Bill” Cody, Cody directed hotel management, and even auditioned new members for his legendary “Wild West Show” from the front porch. In 2013, Bob and Dana Townsend became the newest owners of the Inn, bringing 21st-century luxury to the 19th-century building. The Inn is now open as a hotel for overnight stays, banquet events, weddings, and tours. Each of the twenty-two rooms have been revitalized to reflect on “Buffalo Bill” and twenty-one other key characters in his life.

Sheridan’s Veterans Hospital is located on the site of historic Fort Mackenzie. In 1899, Congress appropriated funds for a permanent garrison on this site, and by June 18 of that year a detachment of the First Cavalry had arrived. In November of 1901, the 2nd and 3rd Battalions of the 18th Infantry were garrisoned at Fort Mackenzie. By August of 1902, companies G and H of the Tenth Cavalry, known as the Buffalo Soldiers, arrived. These soldiers, returning from fighting in Cuba and the Philippines, were reassigned here for recuperation and retraining. The campus is open for tours during daylight hours. Please respect the privacy of patients, residents, and staff. Buildings are closed to the public.

Consider booking a custom tour with a local guide to truly immerse yourself in the history of these formative battles and historic sites. Check out the local guides and outfitters.

*Business and attraction hours, addresses and contact information are subject to change.

This itinerary was adapted from Sheridan Travel & Tourism. See the original post here.